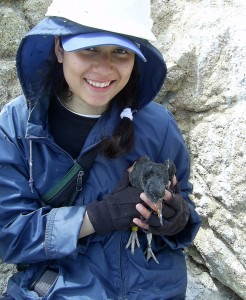 Human wildlife conflict (HWC) is a global problem not only for threatened species, but for humans as well. It occurs wherever humans and wild animals live in close proximity to each other, and is the case for those living in communities that border national parks and wildlife preserves, such as the Bénoué Wildlife Conservation Area, Cameroon.  In this region, agriculture is typically the primary or only source of income but production may be reduced or completely destroyed by the crop raiding behaviour of African savannah elephants, Loxodonta africana.  Such negative interactions can result in unfavourable attitudes towards elephants as well as the national park as a whole.  In West and Central Africa, elephant populations are thought to have been declining over the past 30 years.  Management and conservation strategies must therefore involve local communities by considering these attitudes in addition to the patterns in crop raiding behaviour.

This project is in collaboration with the World Wildlife Fund (WWF) North Sudanian Savannah Program (NSSP). Field work for this project took place in summer 2010 and involved traveling to communities in the Bénoué Wildlife Conservation Area (BWCA) located in the North province of Cameroon.  Villagers were surveyed on their resource use and interaction with wildlife from the park.  Crop damage reports from villages throughout the conservation area and GPS locations for elephants during the 2007-2009 period are available (from WWF) and will be also be used for this project.