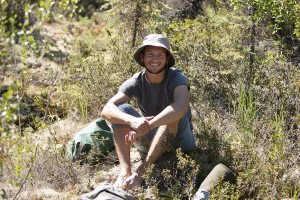 Sexual selection not only results in an array of adaptations which organisms harbor to increase their mating success, but may also influence the mating type of said organism. In reindeer, a polygynous species, the outcome of male mating tactics is dictated by such adaptations evolved like antlers, as well as a sole or combined effect of age, social status and experience. Females are left with the aspect of mate choice and hence males must compete between each other for access to a harem (aggregation of females). The intensity of agonistic behaviours are said to be influenced by the ratio of reproductively active males to fertilizable females (OSR: operational sex ratio). We will thus manipulate OSR on three levels to measure its influence on the intensity of this intra-sexual competition.
We will investigate the predictions that:

Research to be conducted at the Kutuharju Field Reindeer Research Station in Kaamanen, Finland (69°N, 27°E), in the Fall of 2015. We will be working with a herd of semi-domesticated reindeer all retrofitted with VHF radio collars. Data collected forms part of a long-term study of this reindeer herd with collaborators from the Norwegian University of Life Sciences, the Norwegian School of Veterinary Science, The Finnish Game and Fisheries Research Institute, and The Finnish Reindeer Herders Association. 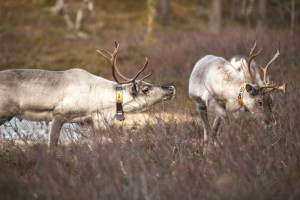 Field studies of OSR on large mammals are non-existent, due to obvious logistical and financial constraints. Out of the 50 articles we found using various criteria in Web of Science™, half of those test the influence of OSR on fish under laboratory conditions. Here, we plan to shed light on the mechanisms which shape the intensity of male-male interactions in reindeer so that: